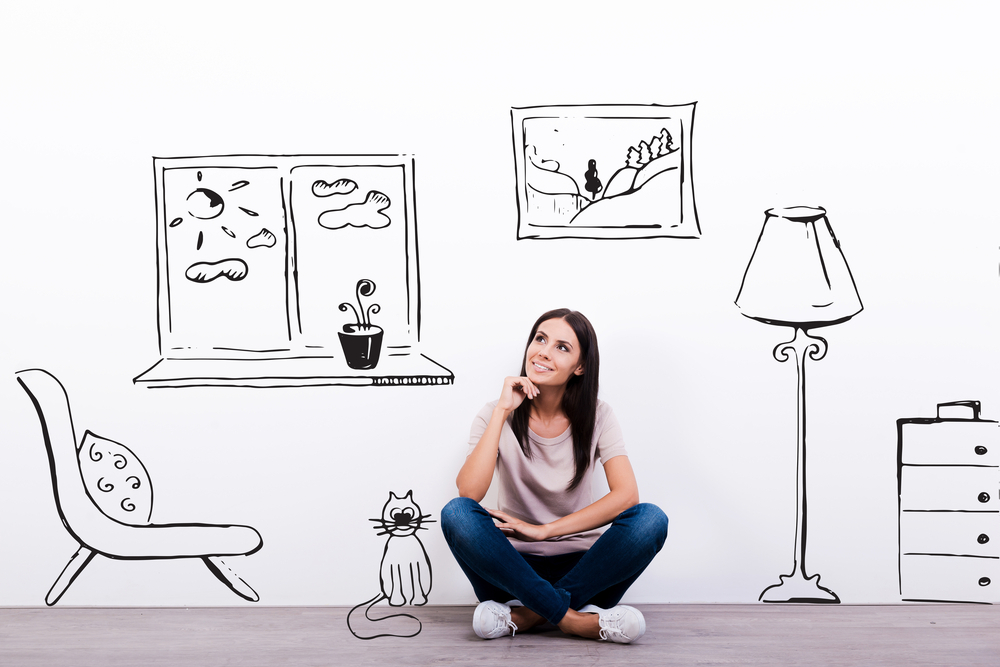 Tibetan monks train in ancient dreaming techniques because they see the dream state, the waking state, the deep sleep state as the places where we all live individually and collectively at different times within the entire unified field of mind and matter. One of their practices is to stop during one’s daily life and look around your surroundings and within yourself as if you are experiencing a dream. This exercise helps in developing mindfulness.

-By PATRICIA ELTINGE- THE DREAM CLASS

Daydreaming is the stream of consciousness that detaches from current external tasks when attention drifts to a more personal and internal direction. This phenomenon is common in people’s daily life shown by a large-scale study in which participants spend 47% of their waking time on average on daydreaming. There are various names of this phenomenon including mind-wandering, fantasy, spontaneous thoughts, etc. Daydreaming is the term used by Jerome L. Singer whose research programs laid the foundation for nearly all the subsequent research in this area today. The list of terminologies assigned by researchers today puts challenges on identifying the common features of the phenomenon, in this case daydreaming, and on building collective work among researchers. 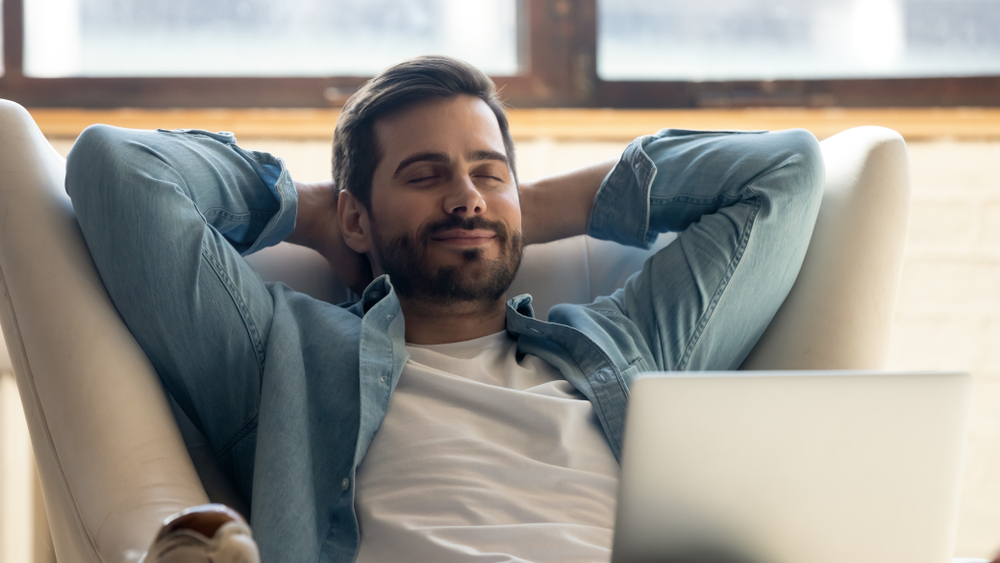 There are many types of daydreams, and there is no consistent definition among psychologists. However, the characteristic that is common to all forms of daydreaming meets the criteria for mild dissociation. Also, the impacts of different types of daydreams are not identical. While some are disruptive and deleterious, others may be beneficial in some way. It is human nature for us to daydream more when we are stressed, bored, tired, or in a hectic environment.

A daydream is when your mind wanders and your attention shifts from the task at hand whether it be physical or mental, to a place that is entirely your own. Daydreams consist of little videos of yourself in past, future, and present events. What you wanted to happen, replaying certain events over and over again, daydream about future events where you see yourself in 10 years and even daydreaming about what you will be doing later tonight. It has been noted that about 30 to 47% of our conscious day is spent spacing out, drifting, and daydreaming.

It has been found that there are two types of daydreams:

1. Positive-constructive daydreams are usually upbeat and include imaginative thoughts.

2. Dysphoric daydreams include visions of failure and punishment.

Almost everyone daydreams. However, daydreaming can become so intense and frequent that it impairs daily functioning, leads to distress, and is a cause for medical concern. The first study to explore daily symptoms and emotions experienced with such excessive daydreaming reveals it is linked to obsessive-compulsive symptoms and increased negative emotions. Daydreams and hallucinations do differ, sufferers have no trouble distinguishing fantasy from reality—they know when they’re daydreaming, and don’t suffer hallucinations—but they do find daydreaming difficult to control. Many moms find pregnancy dreams and daydreams peak during the third trimester as sleep is more disrupted and they increasingly find themselves imagining what life with a new baby will be like.

How Do You Daydream? 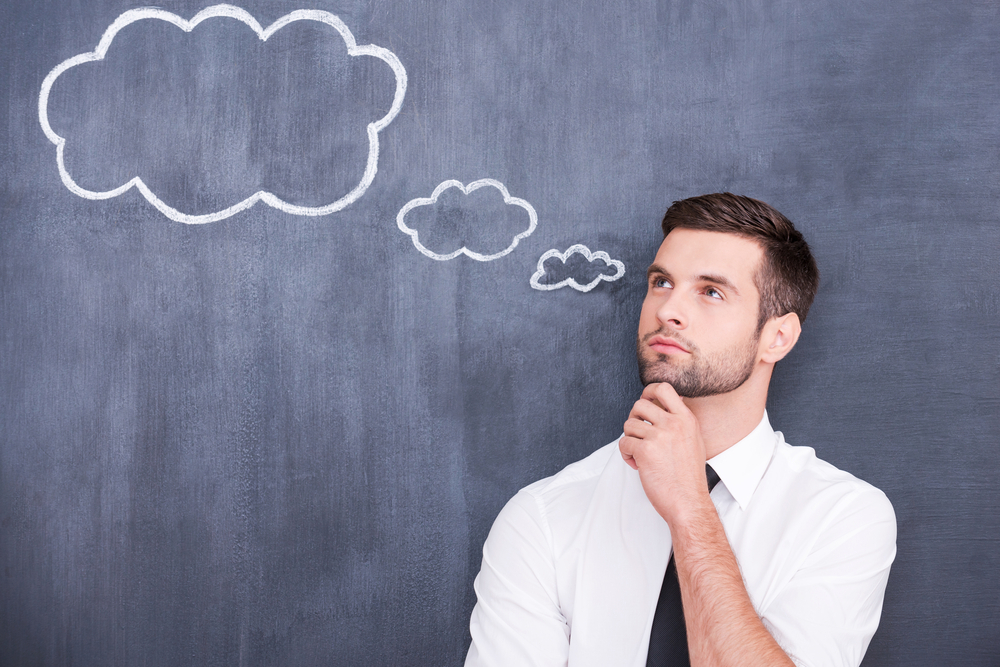 William James, credited with being the founder of American psychology, famously studied streams of consciousness to provide “data” for his functionalist theory of the mind. In 1890, he wrote that “When absorbed in intellectual attention we become as inattentive to outer things as to be ‘absent-minded,’ ‘abstracted,’ or ‘distracted.’ All reverie or concentrated meditation is apt to throw us into this state that transient lapses in the control of attention may lead to a shift in attention from the external world to internal mentation.”

Today, neuroscientists combine the best of both of these worlds, looking at brain scans while their study participants complete various mental tasks. Serendipitously, it was while studying the brain’s activation during tasks involving memory and attention that neuroscientists first discovered the neural basis for daydreaming. While in between tasks, the researchers noticed that a set of brain structures in their participants started to become more active. These same structures turned off as soon as the participants began to engage in the cognitive tasks that were the original focus of the research.

Eventually, scientists were able to pinpoint this set of specific brain structures, which we now know as the brain’s “default network.” This network links parts of the frontal cortex, the limbic system, and several other areas involved in sensory experiences. While active, the default network turns itself on and generates its stimulation. The technical term for such a product of the default network is “stimulus-independent thought,” a thought about something other than events that originate from the outside environment. In common speech, stimulus-independent thoughts make up fantasies and daydreams, the stuff of mind wandering.

Apart from entertaining us when we’re bored, what does the default network do for us? Some researchers propose that it’s a type of watchdog or sentinel, ready to spring into. Specifically, we engage our default network when we’re thinking about our past experiences, imagining an event that might take place in the future, trying to understand what other people are thinking, and assisting us in making moral decisions.

It seems, then, that our default network makes daydreaming possible. The effect of daydreaming on our psyche may depend, furthermore, on the nature of our daydreams. Other evidence suggests that the content of your daydreams can interfere with your memory, even when you’ve paid attention to the information you’re trying to learn.

Your daydreams might influence your memory, your attention, and even your happiness within your relationships. Daydreams may be the stuff of your brain’s default network, but they can also prove to be the source of your fulfillment.

Why Do People Daydream? 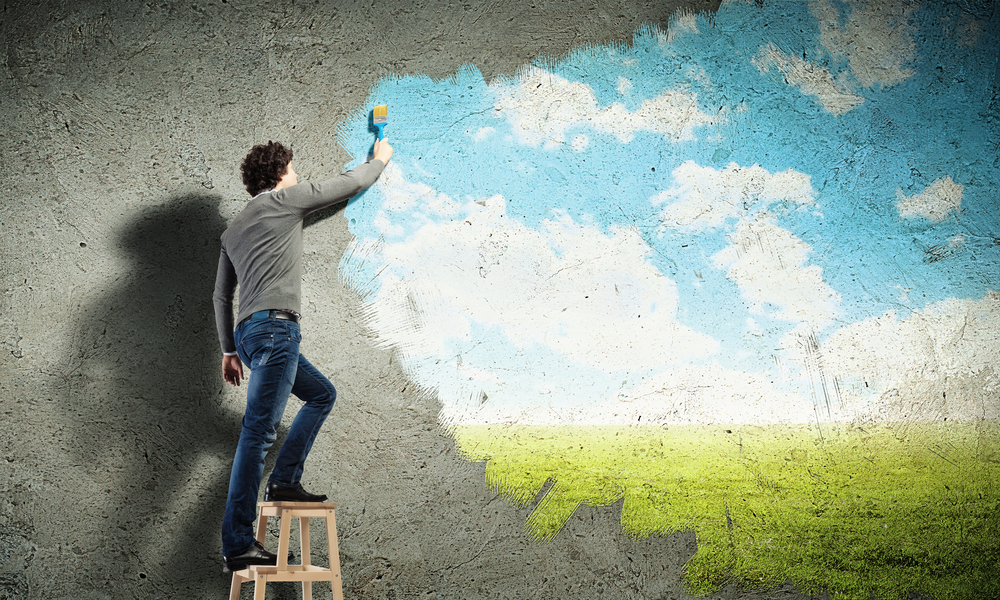 Daydreams allow your mind to run freely and even increases productivity in some cases. Remember in class there was that one kid who was doodling or staring out the window and the teacher would usually yell at them for not paying attention? Well, it turns out, these kids might have had the right idea. Daydreaming enhances creativity which is why you have an ah-ha moment and sudden insight into a situation. Daydreaming allows you to uncover thoughts and ideas you did not realize you ever had and looks underneath the surface thoughts. Your mind in a way becomes unhinged is allowed to roam freely.

Daydreaming is a great exercise because it gives you an outlet to imagine scenarios without the risk or any real consequences. When you daydream, you can make new associations and connections from your conscious mind to unconscious thoughts which can help you in a situation that you have been thinking about for a while. When you daydream you escape your reality even if only for a short amount of time. Daydreaming is an essential cognitive tool to help us explore our inner experiences.

Much like nighttime dreaming, daydreaming can also help the brain consolidate learning. Daydreaming may also help people to sort through problems and achieve success. Researchers found that different brain areas are activated when daydreaming that are compatible with those associated with problem-solving.

Daydreaming has been shown that it can serve an evolutionary purpose. The more we replay an event and think about the variables that can affect an event, the more practice and more comfortable we get with the idea of something similar. Daydreaming can be a soothing method to get someone more comfortable with something. For example, in Grey’s Anatomy episode, “Magic Moment” the team of doctors practices a very important surgery. This is similar to what happens when we daydream. It is one big dres’ rehearsal for the real show, your life. Daydreaming also assists us in making moral decisions. It also gives us an outlet to plan as well as problem-solving in a safe space. A possible explanation as to why we daydream is that we are trying to understand others’ thoughts. We do not know what others are thinking but we can daydream about what we think they are thinking or even about how we want them to do this.

What Does It Mean When I Daydream? 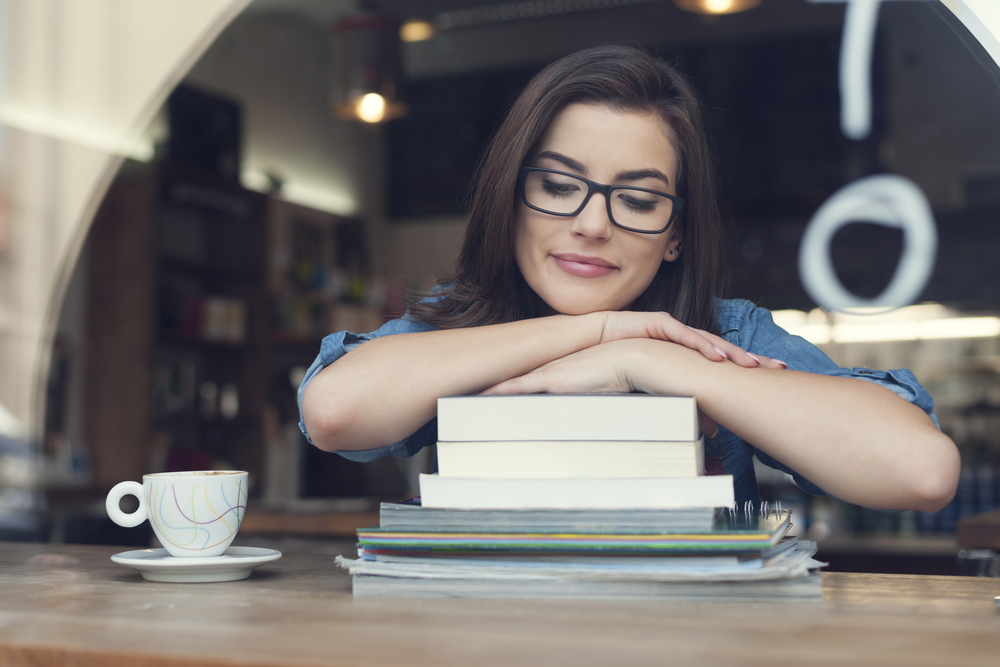 Does Daydreaming Count as Sleeping? 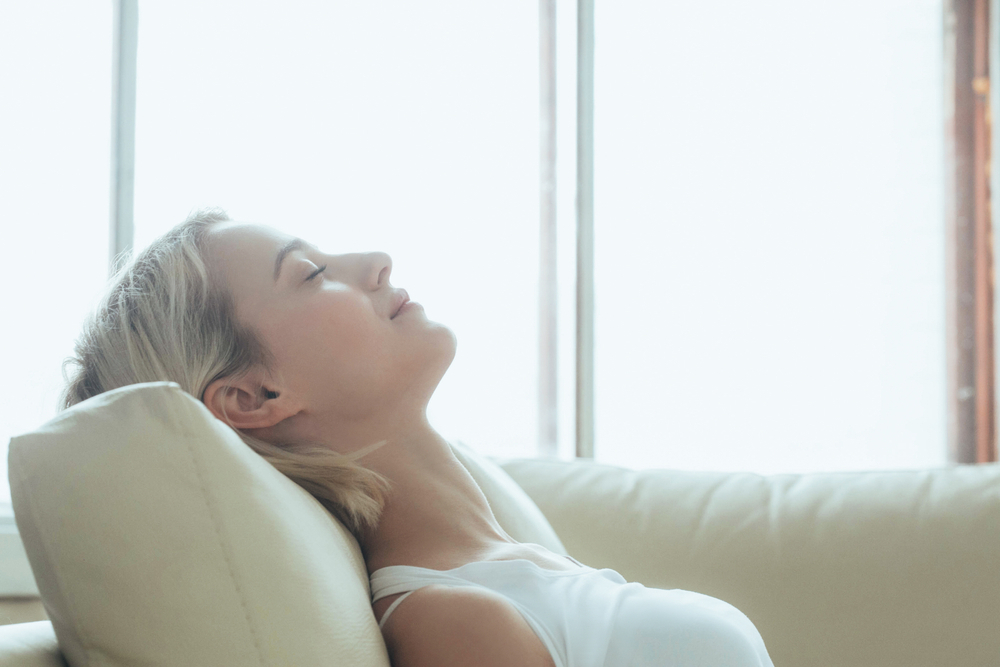 The state of daydreaming is a kind of liminal state between waking (with the ability to think rationally and logically) and sleeping.

Is Daydreaming a Form of Disassociation? 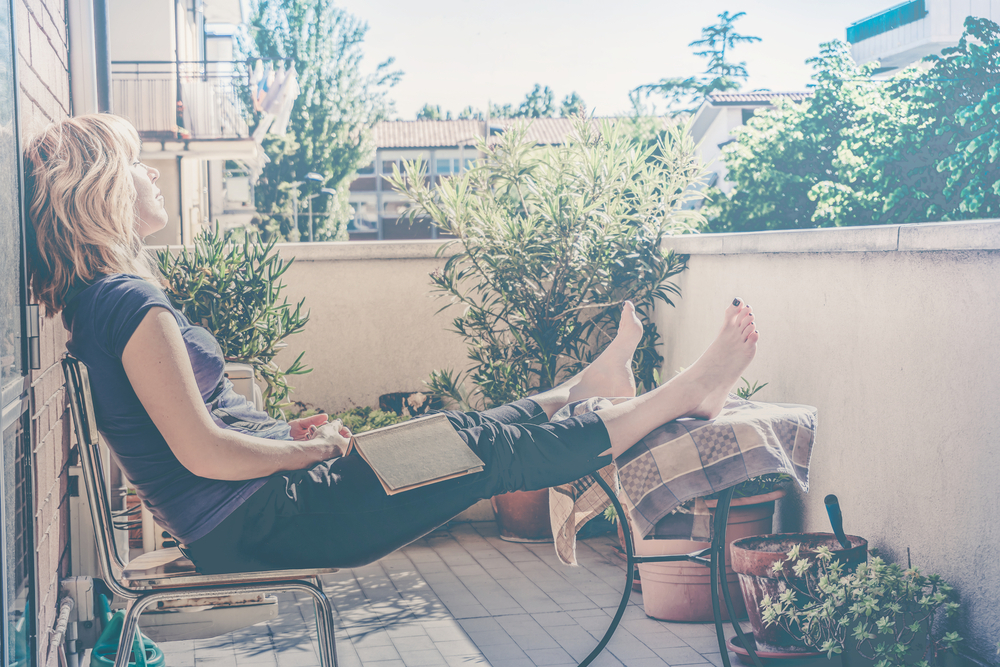 Often, when we’re in distress, we mentally “check out” of the situation — which is what dissociation is. It often looks like “zoning out” or daydreaming, but it can feel pretty scary. If you find yourself emerging in daydreams for most of the time, it might be a case of maladaptive daydreaming.

Daydreaming is a fascinating area of the human mind and has various things associated with it. Hopefully, this article gave you some insight into daydreaming.

If you are looking at understanding all the varied types of dreams and decoding the hidden meaning behind what you dream, we highly recommend THE DREAM CLASS, by PATRICIA ELTINGE. It is its kind of book, reaching out to people who are looking for answers.